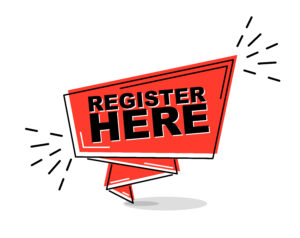 Nancy Regan is a professional communicator whose dynamic career includes TV and podcast hosting, MCing, and presentation coaching. Also an author, Nancy’s first book From Showing Off to Showing UP became a national best-seller within two weeks of its release in 2022.
Nancy has a passion for storytelling which she brings to every interaction and conversation—whether she’s podcasting, hosting an event, assisting a business leader in sharing their vision on stage or on video, or helping an individual preserve their life story for future generations.
She built her reputation as the highly rated host of CTV Atlantic’s Live at 5 for fifteen years. She also served as the national host of Good Morning Canada and That News Show on TVtropolis, and has interviewed some of the most famous people on the planet—including Oprah, Madonna, Russell Crowe, Christopher Plummer, Gwyneth Paltrow, and Harrison Ford. Nancy is also an actor, having appeared on stage at Halifax’s Neptune Theatre, and in TV and in productions such as Haven, Trailer Park Boys, and Reversible Errors.   www.nancyregan.ca

We have limited exhibit space
and would encourage you to
decide quickly before it is too late. Preference will be given to
NHNSA members first.
We look forward to your support
and collaboration. If you have
any questions or would like
to discuss the opportunities further,
please contact Michele Lowe
at 902-497-4270 or email: michelelowe@nhnsa.ca.

There is a room block established at the Delta Marriott Dartmouth where the conference is being held. The NHNSA room block is open until September 25th for $169/night. To make reservations contact the hotel directly at 902-468-8888. Reservation # M-N4O7DYE

Here is the direct link to book your room: Book your group rate for NHNSA

If you work in home care, long term care or DSP sector, you are more
likely to be injured on the job than most other kinds of worker in Nova
Scotia. Click to read more.

Working Together to Ensure Quality Long-Term Care – “Excellence Requires Everyone”

Our membership of not-for-profit long-term care homes in Nova Scotia have long been committed to delivering high standards of person-centred resident care across our province, and to working together as a sector in collaboration with the Department of Health and Wellness to meet changing standards. Click link to read more.